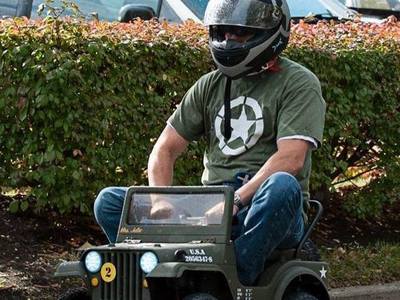 Jamie Price’s interest in robotics began in 2002 after the premiere of Comedy Central’s hit show BattleBots. A fan of all things mechanical, he built and competed with a 60 pound robot for BattleBots Season 4.0 in San Francisco. Since then, Jamie has built a number of combat robots and fought in events all over the country. More recently, Jamie has switched his attention to “art bots.” He designed and created a mobile bartending robot named BaR2D2 which has been featured on the Discovery Channel as well as Popular Science and other magazines. In 2009, Jamie took BaR2D2 to Vienna, Austria to compete in Roboexotica, an event that showcases bartending robots. It earned “Best Digital Mixer” at the event. Since then, BaR2D2 has traveled to Hong Kong, China for a New Year’s Eve party, New York for a rooftop rave, and other events in the States. Jamie’s latest project was the construction of a DIY gas turbine jet engine with afterburner… in his garage. “Any good project will make you learn about things you didn’t know before as well as teach you new skills.” Jamie’s other hobby is building and competing with elaborate Halloween costumes...and most recently, silly electric cars! 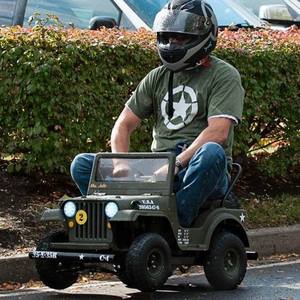